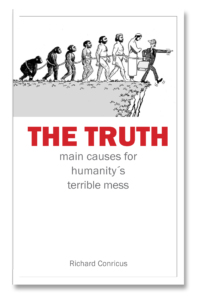 In the beginning God did not exist

Since the first traces of thought started shaping the primitive hominid brains millions of years ago, people have wondered how everything is connected. Who are we? Why do we exist? What is our place in the world, and what is the meaning of life? A world of gods became an explanation model for hominids. Gods were said to have formulated decrees that man should rely on in a godly society, according to absolute laws in the sense and purpose of serving the gods. The only problem was that the gods were created for two main reasons; proclaiming men as the creator by replacing the Great Mother as a fertility god and consequently oppress women. This essay will tell how it all happened.